1. The cycle of economic stability and Medicaid’s impact on state budgets (i.e. Medicaid enrollment goes up when revenue goes down) means that Medicaid and overall state budget health are closely aligned. Therefore, we must look beyond the Medicaid and health care numbers and monitor the whole state budget picture.

2. While Medicaid is stable, Medicaid directors and their teams continue to deploy, manage, and monitor concepts that will meet budget expectations while helping to improve the health and well-being of their Medicaid populations. This report shows the diversity of ideas and approaches in managing Medicaid. While some states are looking at changes in eligibility, others are looking to expand services and spending.

3. While this report shows relative stability in state budgets, the growth of Medicaid continues to be the top budget management priority for governors and state legislators. Decisions made this budget cycle will have impacts on future budgets (and future policymakers and Medicaid populations), especially as national and state political environments remain fluid.

5. Evaluation of a state’s overall financial health is even more important as states look to incorporate social and other non-health care services and initiatives into improving health and stabilizing Medicaid expenditures. And with social interventions requiring a long-term “runway” to determine impact, immediate budget cycle pressures and changes in social services budgets today can have a long-term impact on the health care reform goals of tomorrow. 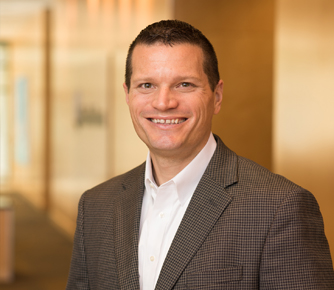 Kevin Moore is the Vice President of Policy for Health and Human Services at UnitedHealthcare Community & State. UnitedHealthcare Community & State proudly serves nearly 6.4 million Medicaid members in 32 states, plus Washington D.C. UnitedHealthcare is a division of UnitedHealth Group (NYSE: UNH) which is a diversified health and well-being company with a mission to help people live healthier lives and help make the health system work better for everyone. As Vice President of Health and Human Services, Kevin focuses on the development of sustainable interventions that improve the health of those we serve by identifying and addressing social, economic, workforce, transportation and nutritional barriers. Prior to this role, Kevin served as Senior Vice President of Medicaid Strategy for Aurora Health Care. Before joining Aurora Health Care, Kevin was appointed by Gov. Scott Walker to serve as Wisconsin’s Medicaid Director and Administrator of the Division of Health Care Access and Accountability in the Department of Health Services (DHS). Kevin has served on a several boards and committees including the Waste, Fraud and Abuse Elimination Task Force, the State Council on Alcohol and Drug Abuse (SCAODA), and the Wisconsin Child Abuse and Neglect Board. Kevin holds dual Bachelor of Science degrees in History and Political Science from the University of Wisconsin—Madison. He, his wife Heidi, and daughter Scout reside in Madison, WI.