Much has been touted on the positive impacts of Medicaid Expansion. As discussed in one of my prior posts, Expansion has been associated with improvements in certain health measures on top of the personal and socioeconomic benefits to lower income groups of gaining health care coverage.

It is also well-documented that Medicaid Expansion is having positive financial impacts on state budgets. While states will have to pay 10% of the costs of Medicaid Expansion starting next year, that increased outlay seems to be offset by a number of factors: 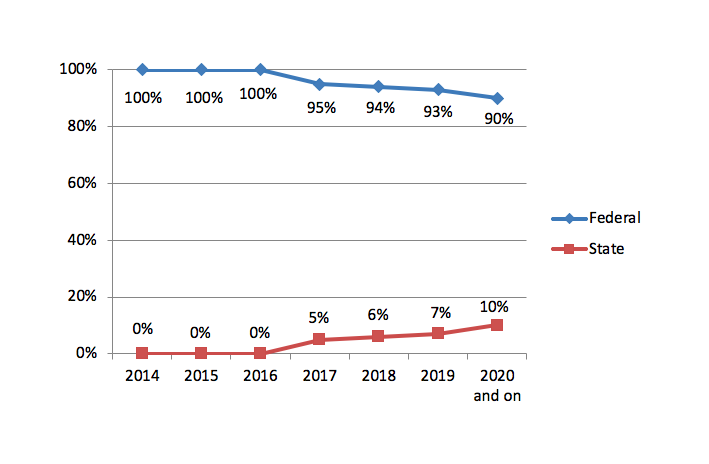 These dynamics have a positive net fiscal impact (revenue growth minus expenditure growth) for states. A recent study from the University of Montana shows that the state spent approximately $39.6 million in state dollars for Medicaid Expansion in 2018 but actually saw savings in other parts of its budget of over $40 million and a net fiscal impact of over $48 million.[3] The increased revenue from drawing down additional federal dollars and offsetting other costs that were previously funded by state-only dollars or matched at the state’s traditional federal rate is generating economic gains for Montana. 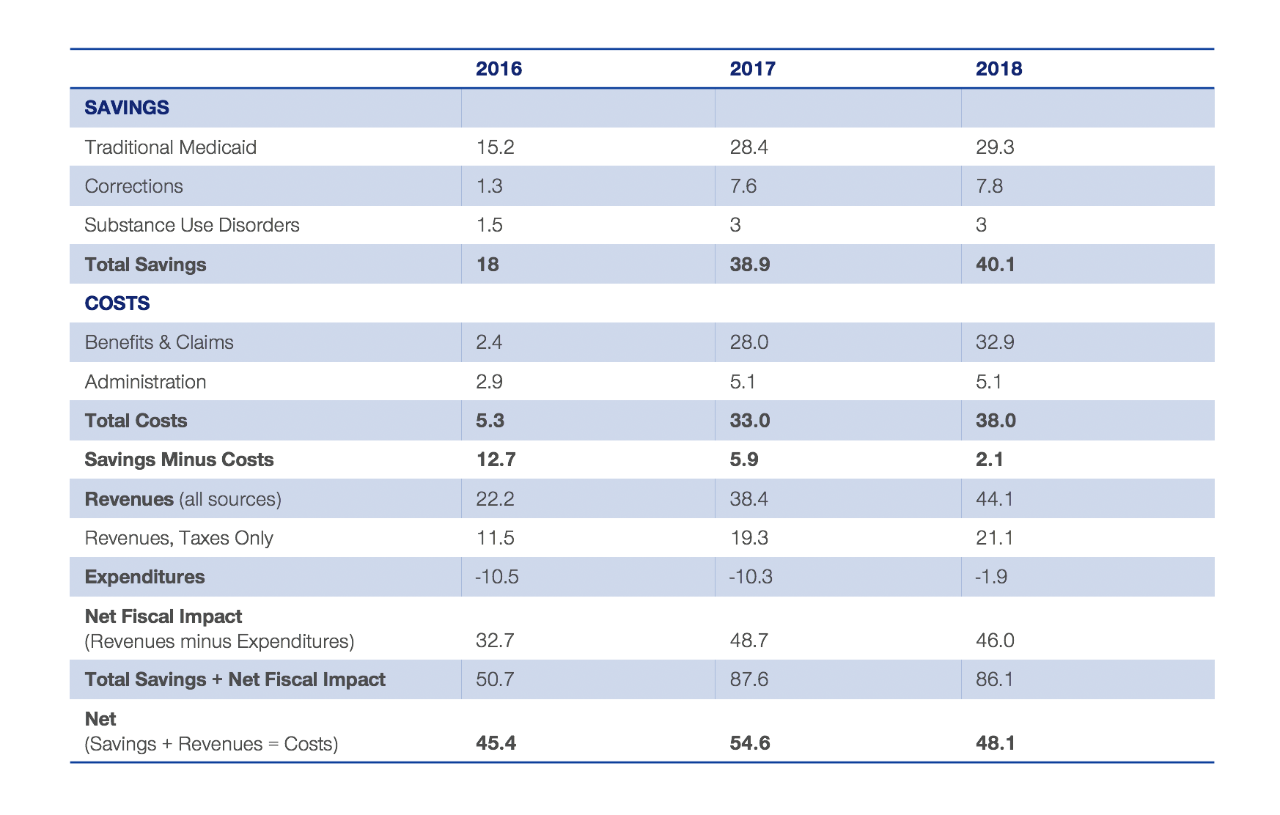 The University of Montana study also points to an economic butterfly effect in the form of job creation and economic output. The study indicates that as of 2016, Medicaid Expansion added over 3,000 jobs in the state and led to $336 million in new personal spending.[4] A 2015 study by Deloitte of the Kentucky Medicaid Expansion program had similar findings.[5] Access to health coverage has allowed Expansion enrollees to spend their money elsewhere and contribute more broadly to the state economy.

The story of the positive impacts of Expansion is growing and researchers continue to study its long-term effects. As a policy watcher, I am curious how this growing body of evidence will play out in states that are evaluating partial Medicaid Expansion.

States including Georgia and Utah are seeking federal approval to expand Medicaid eligibility to childless adults earning up to 100% of the federal poverty level (FPL) instead of 138% FPL as indicated by the Affordable Care Act (ACA)—while also receiving the enhanced federal matching rate (90% starting next year).

In the past, the Centers for Medicare and Medicaid Services (CMS) have not allowed states that want to partially expand eligibility for this group to receive the enhanced match. Wisconsin elected to cover adults up to 100% FPL through Medicaid in 2014 but currently receives its standard federal match rate (59.36%).[6],[7]

CMS affirmed this decision just last week when it announced it will not be providing the enhanced federal matching funds to Utah for its partial Medicaid Expansion program [LINK]. According to the Washington Post, the Administration came to this decision because it holds the position that the entirety of the ACA should be overturned and that approving generous federal funding for partial expansion does not align with that position.

While this position impacts the Administration’s decision not to provide enhanced federal funding for partial expansion, it does not appear to impact the federal position on providing the enhanced federal match for “full” Medicaid Expansion. Last year, CMS approved the use of enhanced funds for Virginia’s Medicaid Expansion, which covers adults up to 138% FPL and the Commonwealth began implementing the program earlier this year.

Utah has yet to submit its formal waiver request for the enhanced funding but state officials have indicated they still intend to do so. The state previously received CMS approval to expand eligibility to 100% FPL at its standard match rate. It is unclear as of the writing of this post how Georgia state officials will respond. Policy watchers like me are keeping a close eye on how this decision will play out, and how states interested in partial Expansion will respond to CMS’s decision to deny the enhanced match for partial Expansion.

[3] University of Montana Bureau of Business and Economic Research. The Economic Impact of Medicaid Expansion in Montana. April 2018.

[7] The standard federal matching rate is the level of funding the federal government provides to a state to cover the cost of eligible Medicaid expenditures, based on the average per capita income of the state compared to the national average. Certain services and populations, such as Expansion, receive an enhanced rate, over and above the rate at which the federal government provides for standard Medicaid populations and services.

Samantha O’Leary is Vice President of Public Market Strategy at UnitedHealthcare Community & State. UnitedHealthcare Community & State proudly serves 6.4 million Medicaid members in 32 states, plus Washington D.C. UnitedHealthcare is a division of UnitedHealth Group (NYSE: UNH) which is a diversified health and well-being company with a mission to help people live healthier lives and help make the health system work better for everyone. In her role, Samantha serves as a policy expert on the emerging policy trends blending Medicaid and commercial insurance markets, including personal responsibility models and Medicaid buyin concepts. With nearly a decade health policy experience focused on the Affordable Care Act and the Medicaid program, she has developed expertise in a series of policy-focused roles across business development and consulting. Samantha is dedicated to her community and volunteers with several non-profits in the Washington, D.C. region, including the Junior League of Washington and Edu-Futuro. Samantha holds a Master of Public Policy degree from American University’s School of Public Affairs, a Master’s in Business Administration from the University of St. Thomas, and a Bachelor of Arts degree in English and Philosophy from Gettysburg College.