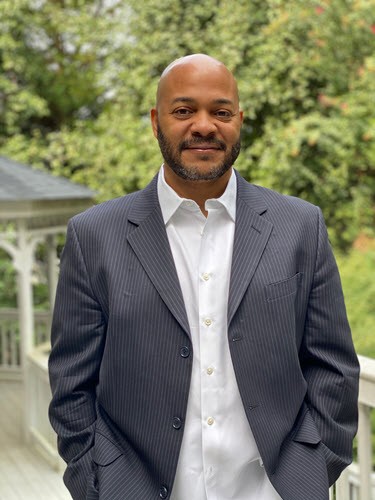 For the last six years, Dr. Elliott has served as the Chief Medical Officer for Mary’s Center. In this capacity, he has been instrumental in strengthening the sustainability of the organization by designing, developing and implementing the first telemedicine program in the District of Columbia at a Federally Qualified Health Center. Leading his team to develop new and innovative strategies has contributed to Mary’s Center being nationally recognized for the quality of healthcare delivered to their patients.

Dr. Elliott is a graduate of Howard University and Howard University College of Medicine. He completed his residency in the Department of Obstetrics and Gynecology at Georgetown University, where he was named outstanding Senior Resident in Gynecologic Surgery and Obstetrics. Prior to joining Mary’s Center, Dr. Elliott served as the Director of the Ob/Gyn Peer Review, a member of the Surgical Case Review Committee, At-Large Member of the Medical Staff Executive Committee, and Co-Chair of the Department of Ob/Gyn at Providence Hospital in Washington, DC. Dr. Elliott was recognized as a Washingtonian Top Doctor in 2016.

Dr. Elliott is committed to community development, having taught in the Prince George’s County Public Schools and served as director of a mentoring program for at-risk youth early in his career. He enjoys family life as a father of five, as well as music and travel.