National Disability Independence Day is celebrated annually on July 26 to mark the anniversary of the day in 1990 the Americans with Disabilities Act (ADA) was signed into law. As Disability Pride Month came to an end this week, we want to reflect and recognize the history of the ADA and its broader implications.

The ADA defines a person with a disability as someone who has a physical or mental impairment that substantially limits one or more major life activity. The purpose of the ADA is to ensure that people with disabilities have the same rights and opportunities as everyone else. It is an important civil rights law that prohibits discrimination against individuals with disabilities in all areas of public life, including jobs, schools, transportation, as well as all public and private places that are open to the general public, including health care settings.

About 61 million American adults have a disability.1 According to the ADA Network, 1 in 4 Americans with disabilities are now able to participate in their communities and workplaces thanks to the ADA.2 Still, health equity remains out of reach for many individuals with disabilities, especially for people of color and those facing social, economic, or environmental challenges.

People with invisible disabilities may also experience barriers that make access to health care and other services more challenging. Invisible disabilities interfere with the usual activities of daily life but are not immediately obvious to others. Some examples include multiple sclerosis, lupus, autism, epilepsy, fibromyalgia, deafness or mental illnesses.

Living independently in the community also remains difficult for many who are not able to do so because of limitations in Long-Term Services and Supports (LTSS) and home- and community-based services (HCBS).

Discrimination and Inaccessibility in Health Care

Lack of accessible medical equipment and devices prevents people with disabilities from receiving standard health care services and limits early detection and prevention of disease. For example, many physicians’ offices have exam tables and diagnostic equipment that is inaccessible for individuals with physical disabilities. In addition, information is not always provided in alternative formats and mediums that are usable by people with cognitive and sensory disabilities. Also, information may not be available via assistive technology.

This leads to significant disparities in care:3

Parents with disabilities are also often treated equitably fairly or given adaptable tools. For example, a person with a disability is often evaluated in the hospital shortly after they have given birth to see how well they can care for their baby. During the examination, the parent may be asked to lift and change a baby using a hospital bassinet, which is not adapted for them. This process ignores adaptations that may be set up at home. The parent may also be asked questions that are hypothetical or abstract and may not be easily answered by someone with an intellectual disability.4

Accessibility plays a fundamental role in the daily life of any individual, but it is crucial for a person with a disability. The availability of assistive technology and devices that help a person interact with their environment, and all the buildings and systems within it, affect their life. Poor accessibility can have negative effects on health, independence and quality of life for people with disabilities.

To live independently, individuals with disabilities often need HCBS and LTSS. Today, LTSS accounts for about one-third of the Medicaid budget. Medicaid pays for about 70% of LTSS in the country, making it the largest payer of LTSS.

Even though it is a significant portion of Medicaid spending, LTSS is more cost-effective and better meets people’s needs and desires for independence than nursing home care. It is estimated that a year of nursing home care costs about $102,000 compared with $35,000 for a year of LTSS.6 Still, LTSS is vulnerable because unlike nursing facility care, which must be covered by Medicaid, LTSS is an optional service that is offered as part of a waiver program and is subject to availability and waiting lists.

Twelve states spend the majority of their Medicaid and state LTSS funding on HCBS. The range of performance among states, however, varies dramatically — from a high of 73.5% in New Mexico to a low of 13.5% in Kentucky.

Low pay along with other factors such as burnout and lack of benefits have created a caregiver crisis in the United States. There are not enough caregivers to provide LTSS to individuals who need it. This impacts people’s ability to live independently within the surrounding of their choice and causes discrimination against individuals with disabilities as specified through the Olmstead decision.

Self-directed care can help ease the caregiver crisis and increase availability of LTSS for a growing population. Individuals who self-direct their care can manage the hiring of care workers for LTSS and pay them with their own budget.

The number of people needing LTSS will continue to rise as the number of people aging and living with disabilities is increasing. About 20% of men and 30% of women who live past age 65 will have a disability that requires LTSS. This amounts to more than 3,700 hours of LTSS for men and more than 5,400 hours for women. Most of this care, about 3,200 hours for men and 4,000 hours for women, is given by unpaid caregivers such as a spouse or loved one.7

Allowing family caregivers to be paid through self-directed programs can support LTSS and address the paid caregiver crisis. Some states already allow individuals to pay relatives to provide LTSS through self-directed care. Often family members know the member the best. By allowing a person to hire a family member to provide LTSS, the individual’s care could improve.

When self-direction is offered through a managed care program, it has many added benefits. Managed care organizations (MCOs) are able to support members of Medicaid that self-direct and help with information and questions. MCOs can also provide training opportunities for paid family caregivers who are new to self-directing and at the same time help the state with fraud, waste and abuse oversight.

Giving people the opportunity to live their best life means giving them the chance to function and interact with the world in the way that works best for them. Living independently with help through LTSS, receiving equitable health care and materials that bests works for an individual are all promises of the ADA. This month, we celebrate this civil rights legislation and look forward to achieving so much more. 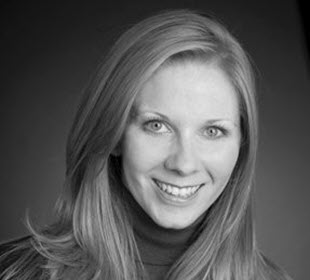 Michelle Martin is the Senior Policy Director of Complex Care and LTSS at UnitedHealthcare Community & State. Michelle brings a wealth of knowledge and experience from both the payer and provider sides of LTSS, having worked in complex care policy at America’s Health Insurance Plans as well as another insurer. She was also the policy director at the National Council on Medicaid Home Care where she represented home care providers on a variety of issues on and off Capitol Hill. Prior to the Medicaid Council, Ms. Martin worked as a lobbyist during the development of the Affordable Care Act representing direct care workers and funding for Maternal, Infant, and Early Childhood Home Visiting Programs. Michelle lives in Falls Church, Virginia with her husband, Joe and their four rescue dogs. She is a former caregiver, native Michigander, and lawyer.