Over the past few months I’ve written several blogs on the complexity of dual eligibles and how the two broader programs serving this population (Medicare and Medicaid) weren’t designed to work together. As I noted in my posts, the policy world is busily looking for solutions to address the fragmentation many duals experience, including approaches like contractor alignment and enrollment alignment. But many of these solutions have unintended consequences and longer-term impacts like pushing dual eligibles out to non-integrated programs.

Partial duals are one such policy solution being discussed, and specifically, that their enrollment in Duals Special Needs Plans (DSNPs) undermines integration for full duals. But does it really?

Who are partial duals?

In 2018, more than 3 million individuals were considered partially dually eligible for Medicare and Medicaid, but what does that actually mean? “Partial dual eligible” is a term used to describe Medicare beneficiaries who receive financial assistance for certain Medicare costs from their state Medicaid program. These individuals don’t qualify for full Medicaid benefits from their state, like long-term services and supports or behavioral health services.

The table below summarizes how the Centers for Medicare & Medicaid Services (CMS) further categorizes partial duals to determine the level of financial support they receive to cover their Medicare costs. Several states (such as CT, IN, and ME) and Washington, DC have expanded eligibility beyond these lower limits set by CMS. 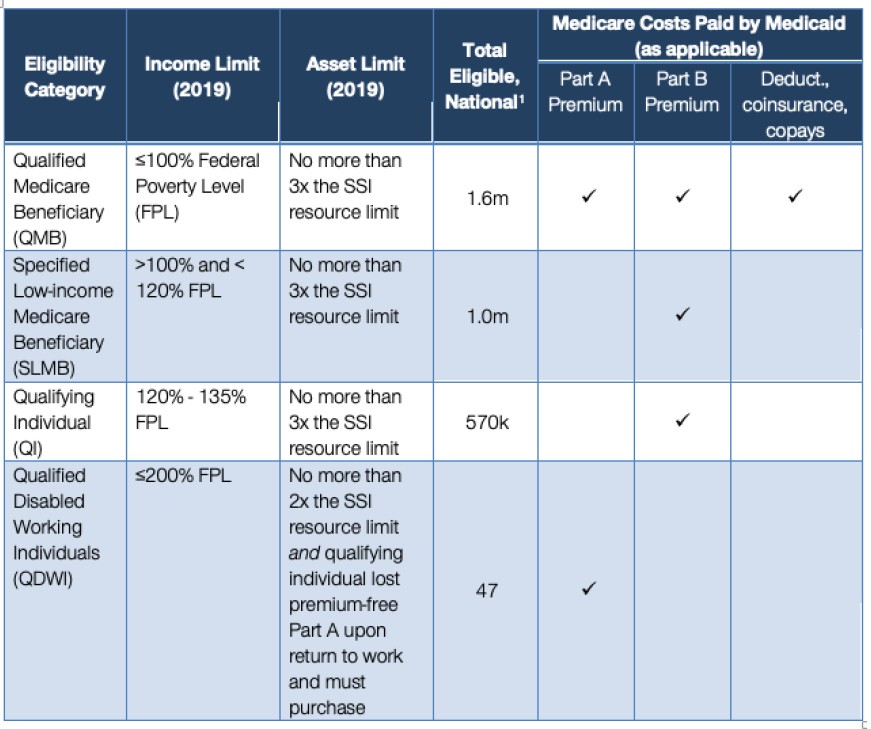 Besides basic eligibility for services, why does this all matter? Well, there’s a lot of buzz currently on what programs are meaningful to partial duals and what they should continue to have access to. As a recent example, the Medicare Payment Advisory Commission (MedPAC) June 2019 Report to Congress included a chapter on DSNP integration, in which they dedicated an entire section to questioning how and whether DSNPs should serve partial duals.

It’s understandable that state and federal policymakers are considering whether a partial dual should be eligible for a product that’s focused on integration across Medicare and Medicaid, since there aren’t really Medicaid “benefits” to integrate for a partial dual. But, there is a significant miss in that assumption: benefit integration isn’t the only advantage of a DSNP product.

That isn’t to say partial duals are higher risk for all diseases and ailments; for example, they’re generally less likely than the Medicare-only population to have cataracts, glaucoma, hypertension, and many cancers. Partial duals’ needs are distinct from the full duals population too, in some instances less intense and other instances more intense. But the point is, their needs tend to be more complex than the broader Medicare population, which is what non-SNP Medicare Advantage plans typically focus on. Furthermore, MedPAC estimates that about 6% of partial duals gain full Medicaid eligibility after a year and 10% gain full eligibility after three years. And interestingly, the number of partial duals is growing at a faster rate than both the full duals and Medicare-only populations. Taken together, these points suggest an emerging gap and the need for programs that focus on preventing further health and functional decline into full dual eligibility.

So where do partial duals fit in?

People should have access to health care products that meet their needs. Period. Partial duals may not require the same sort of integration as someone fully eligible for both Medicare and Medicaid, but they also don’t have the same needs as the typical Medicare-only population. We have an opportunity to target programs to this population in a way that slows their transition into full-dual status, creates continuity when they do transition, and responds to their unique socioeconomic and medical complexity.

Bear with me here because I’m about to get technical: currently, the program that makes the most sense for partial duals is a DSNP, particularly for QMB partial duals. Recall from the table above that QMB partial duals don’t have Medicare cost-sharing liability. This is important when you consider how Medicare Advantage plans are designed. Let’s pretend for a minute a Medicare Advantage plan has an extra $60 per member per month left over after covering a member’s Medicare Part A and Part B services. The plan can use that money to “buy-down” or cover Medicare cost-sharing, and/or they can use that money to provide additional benefits. It might look something like this:

A non-dual with Medicare-only coverage might prefer a plan design that covers their Medicare cost-sharing – for example, Scenarios 1 and 3 above. If you’re a QMB-partial dual though, you don’t need the cost share buy-down because remember, you don’t pay for the cost share. You’re more likely to seek out (and benefit from) Scenario 2 in the graphic above: a Medicare Advantage plan that spends the $60 on extra benefits that are meaningful to a low-income individual, which is more likely to happen in a DSNP.

What happens when a non-DSNP uses the $60 on extra benefits rather than covering Medicare cost-share liability? MedPAC and CMS refer to these as DSNP “lookalike” plans because the high cost-share coupled with robust benefits tends to attract dual eligibles. The plans look like a DSNP based on their benefit design and membership, but they don’t have the same Medicaid integration requirements a DSNP has. MedPAC and policymakers want to limit lookalikes due to the lack of Medicaid integration, and while this isn’t a blog on the merits and challenges of lookalikes, the reality is they’re intertwined with partial duals. Kicking partial duals out of DSNP, particularly QMB partial duals, leaves a huge gap that can only be filled by a lookalike, and the consequence of this is full duals enrolling in the lookalike too. It’s unclear how CMS’ recent proposed rule (CMS-4190-P) to eliminate lookalikes will impact partial dual access to meaningful products.

This isn’t to say that states, CMS, providers, health plans, or any of us should be complacent with the solutions in place to serve partial duals – we shouldn’t. We should challenge ourselves and our policy makers to develop programs and products that meet the needs of a socioeconomically disadvantaged, medically complex population without forcing them to spend down to full Medicaid eligibility. We shouldn’t wait for their functional and medical situation to deteriorate before we can use the tools intended to prevent deterioration.

DSNPs may not be the perfect solution for partials, but until there is a program targeted specifically to partial duals, and with adequate funding, I would argue that they are an incredibly meaningful solution for this population. 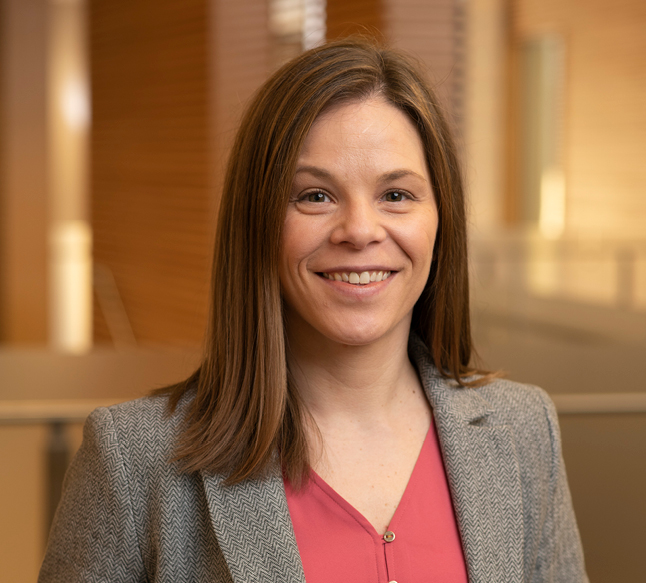